Mark Twain's Clone
“Mark Twain’s 21st Century Adventures” exclusively appears on “A Castle of Books” web site. To get your weekly does of humor, visit this web site each week. Mark Twain’s Clone is available for school, church, or other group events to present a hysterical historical show about the life and times of Mark Twain in the 19th Century. Mark Twain’s Clone is also available for service clubs, and corporate events to present his Mark Twain’s 21st Century Adventures. For booking information about the family friendly comedy for your next event, send us an email MarkTwain@ aCastleofBooks.com 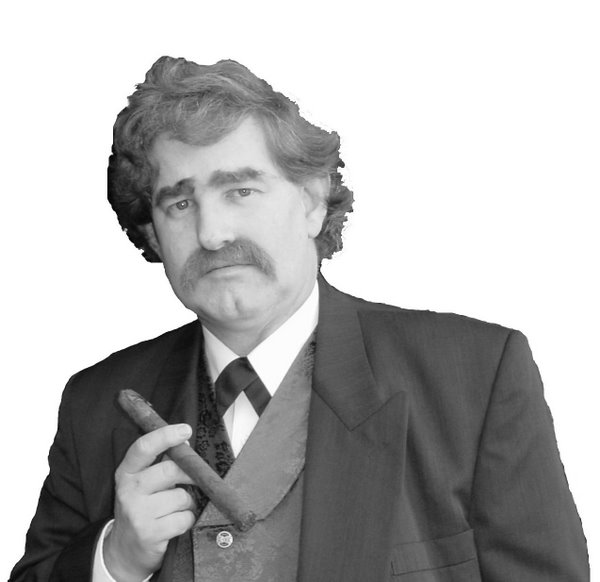 I was visiting H. G. Wells when I needed to use what I thought was his W.C. (or as we say bathroom). Next thing I comprehend I am in the 21st century. I now have the dubious task of writing this humor column for the A Castle of Books’ Web site, until I can raise the capital to repair H.G. Wells’ Time Machine.

I originally applied to be the TV/Radio editor, for a local newspaper. Being a man from the 19th Century, I reckoned that I am eminently qualified. I know absolutely nothing about TV/Radio. Thus, the facts shall never bother me and I can write in blissful ignorance. I did not get that august position. My fatal mistake was that I actually watched a pay-for-view TV program.

The Executive Editor, after having reviewed my work began using his own fiery language. It was so fiery it would have mortified the 21st comedienne.